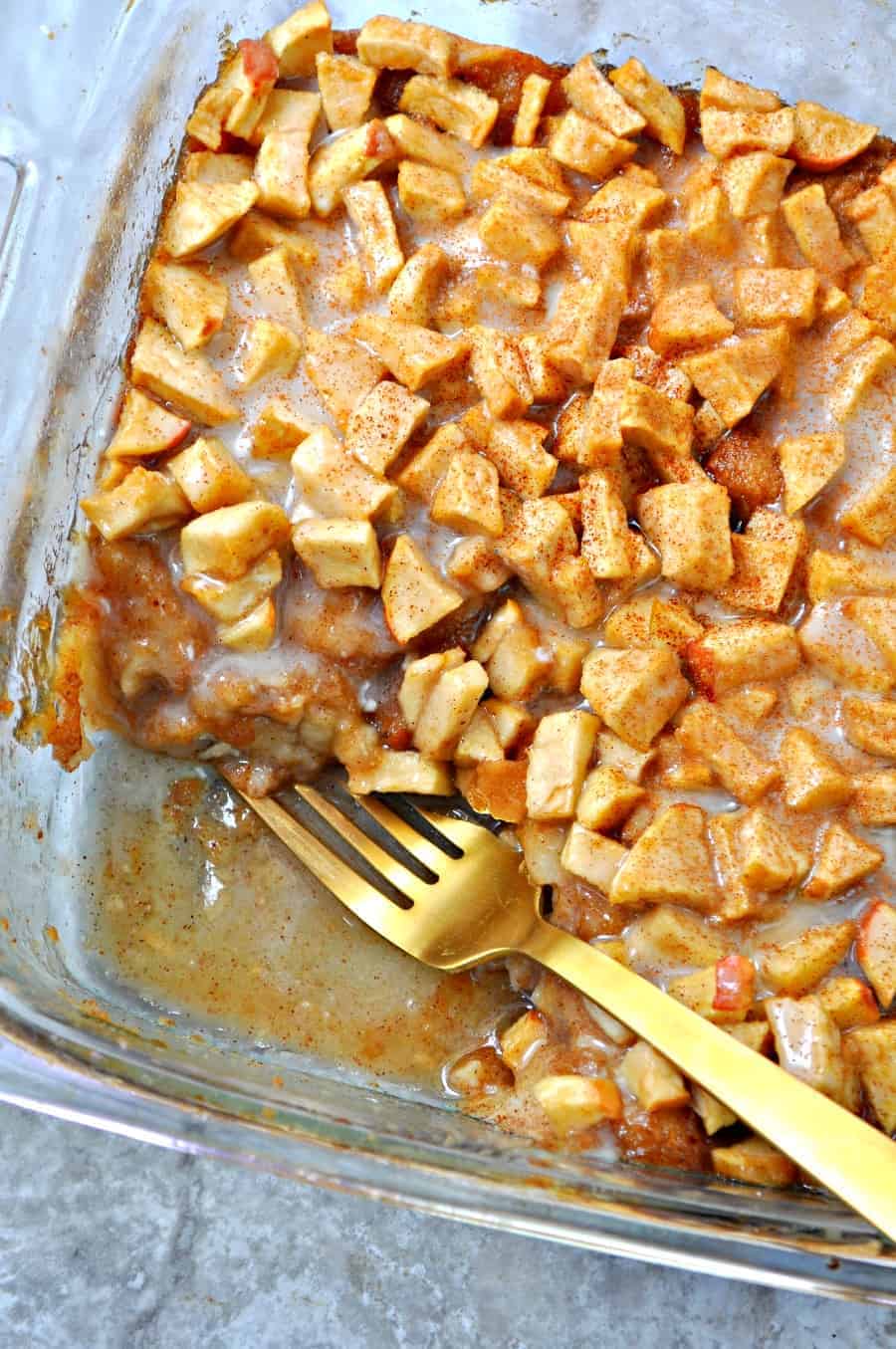 Vegan apple pie bread pudding is the best bread pudding. Hands down. This is quick and so easy it is laughable. Takes about 10-15 minutes to prep and about 45 minutes to bake. So in about an hour’s time, you can be eating the greatest thing that has ever happened to bread pudding. The ingredients for this bread pudding are things you may already have. So, ya know. You should probably get started! 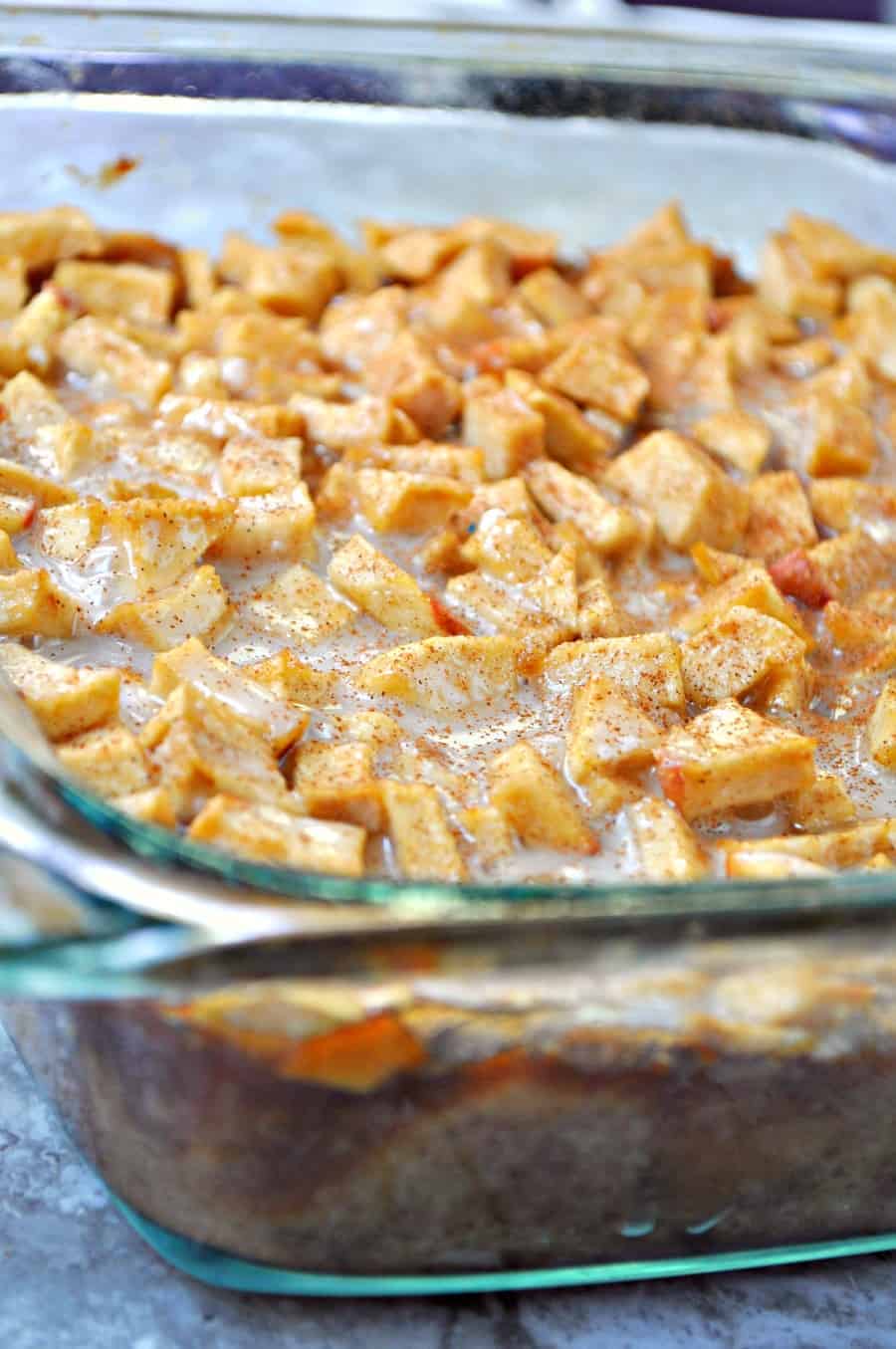 You may know this, but apple sauce is a great egg replacer. So, I decided the best route to take, would be to make the custard with almond milk, and apple sauce. Gives it a great apple flavor, and the perfect consistency. This bread pudding is moist and gets nice and caramelized. It tastes just like bread pudding and apple pie had a baby! 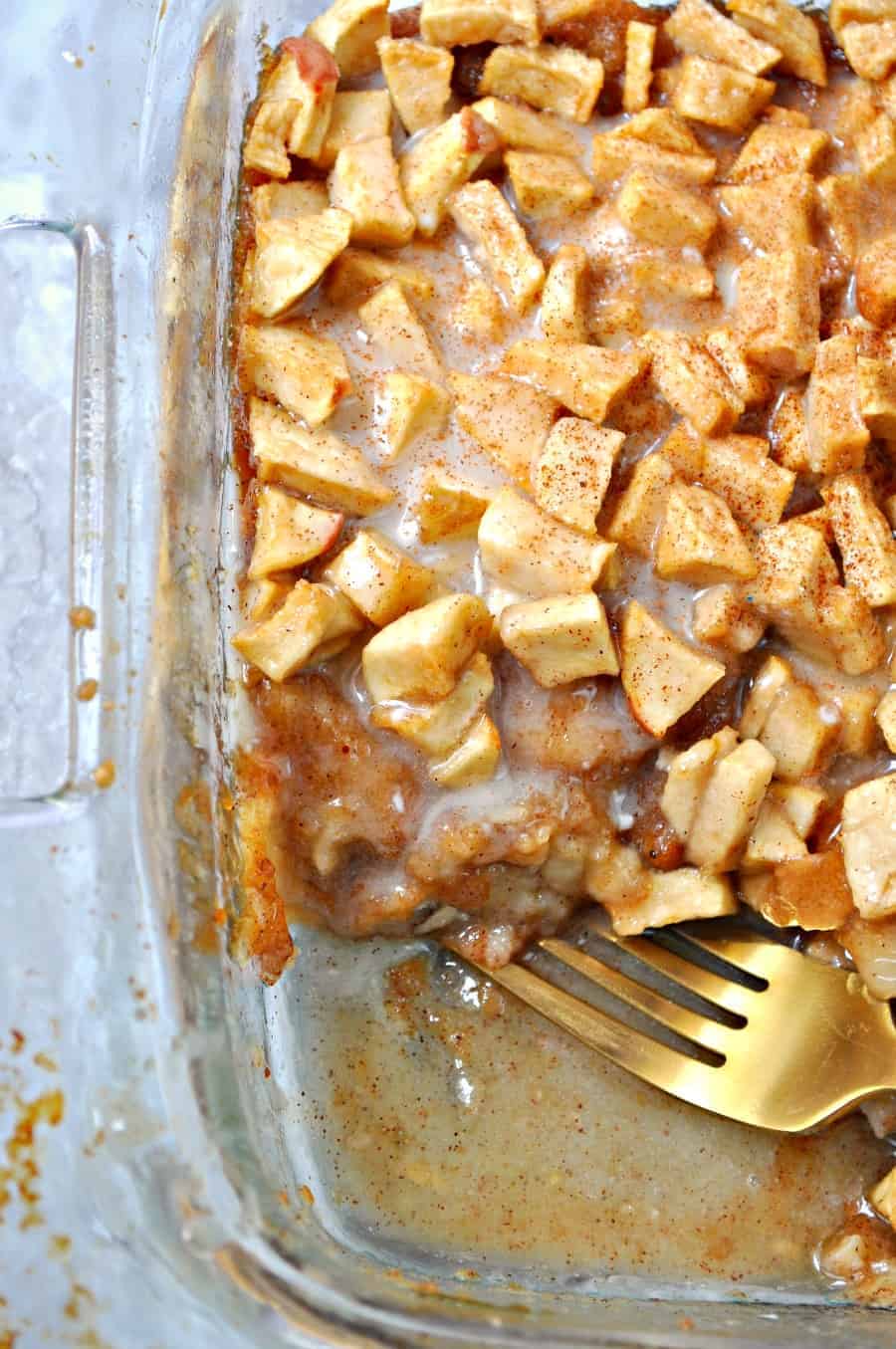 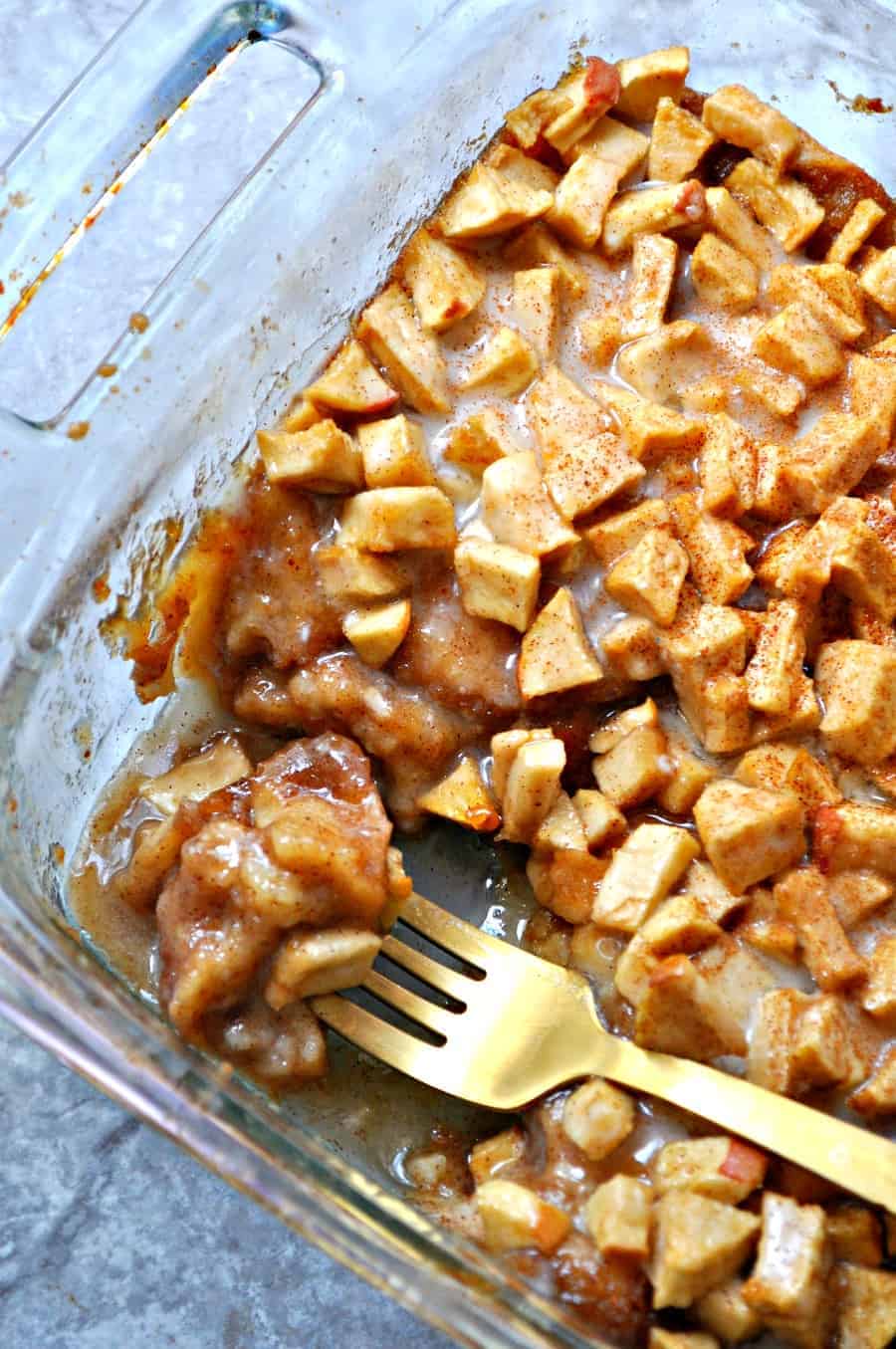 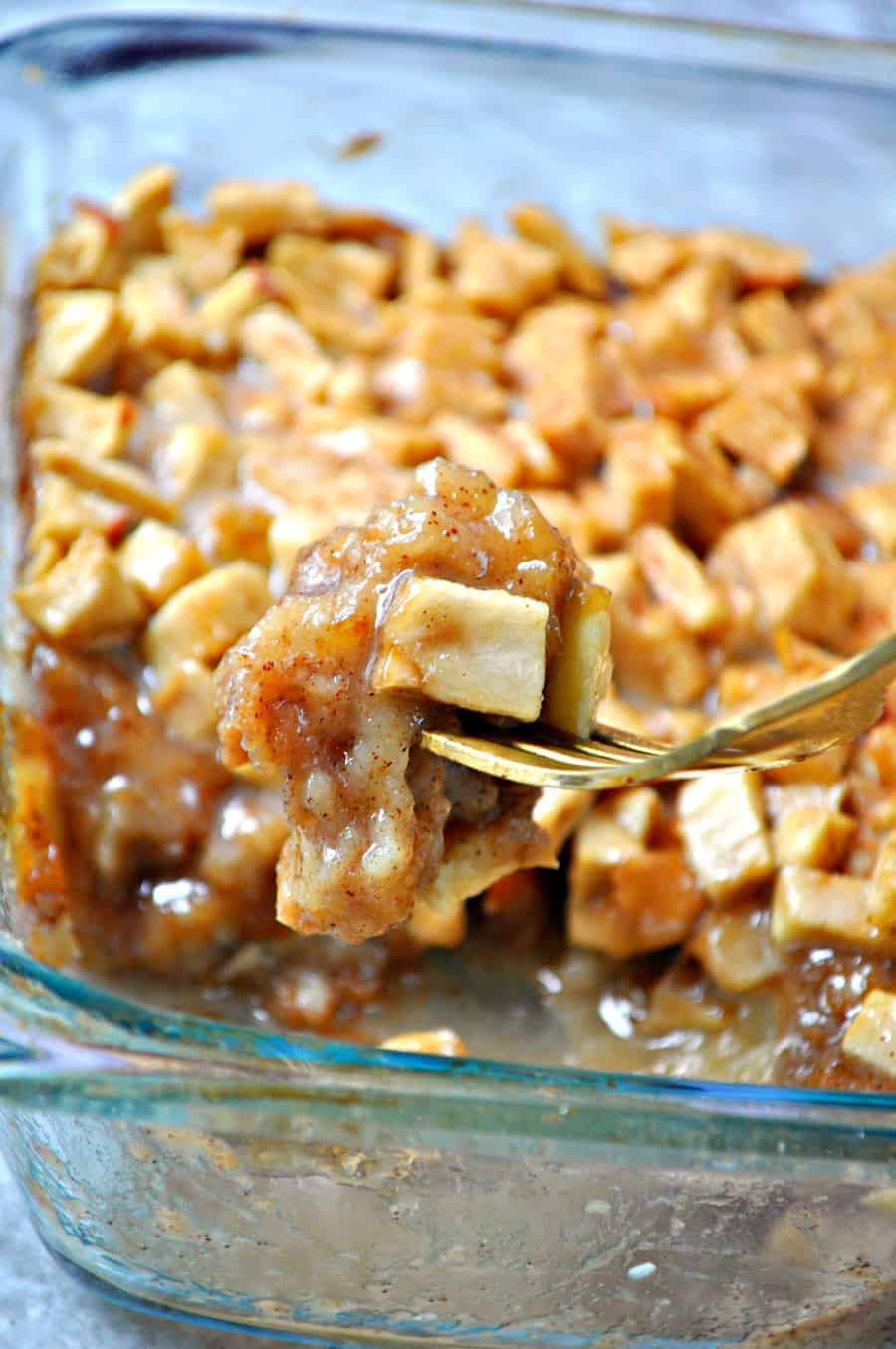 Now I say this is about as easy a dessert as you can make, because you really can’t mess this up. Whisk together the custard ingredients, add the bread to the custard, stir until all the bread has soaked up said custard. Put in baking dish. Toss chopped apples with brown sugar and corn starch, pour over the bread. Then bake. That is it. 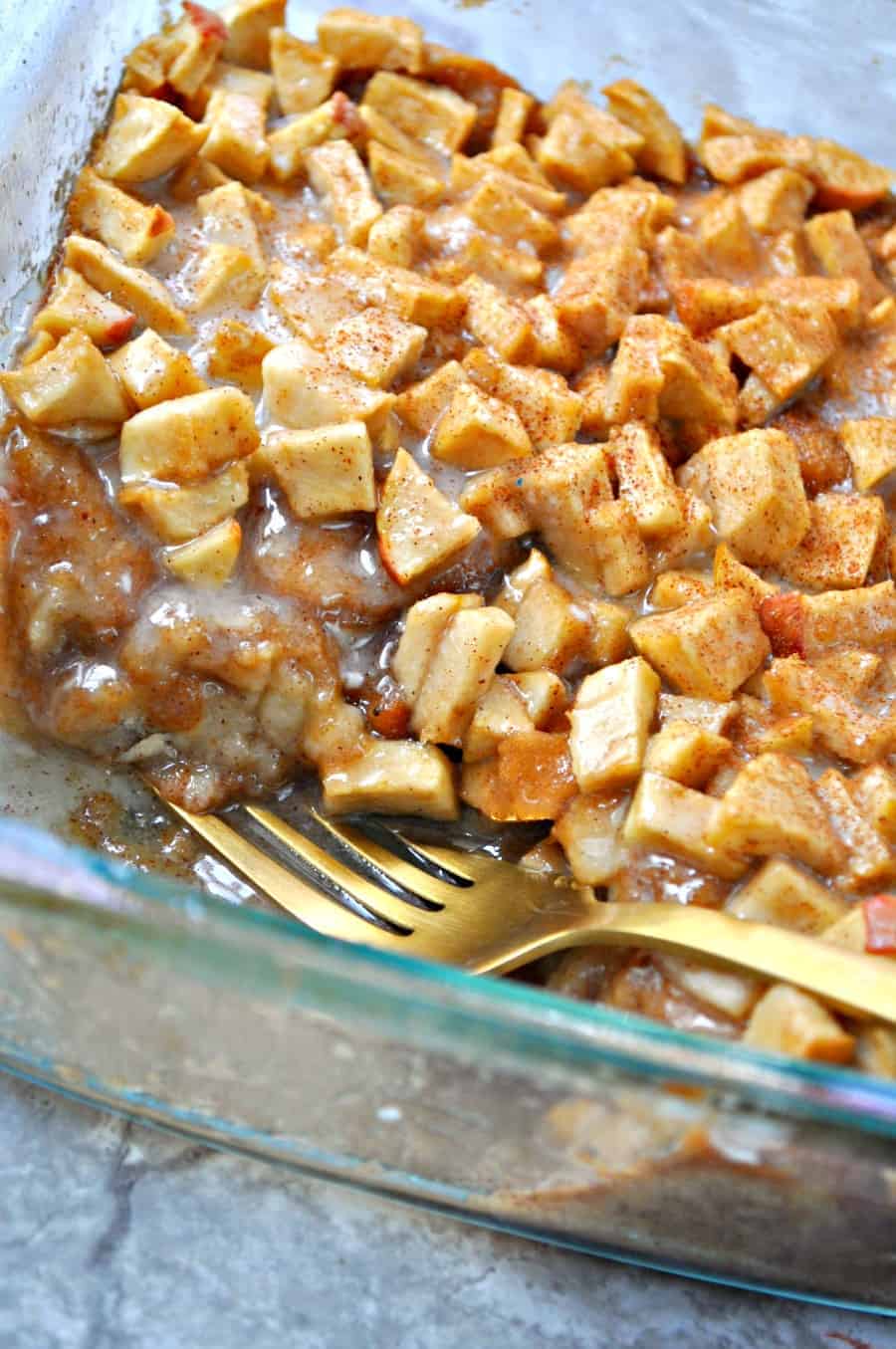 I poured a vanilla glaze over my bread pudding, but it would be great with coconut whipped cream or vegan vanilla ice cream. Served warm so the ice cream starts to melt! Yes! Fall has arrived in the form of vegan apple pie bread pudding! 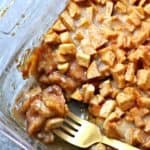 Delicious and moist bread pudding that tastes like apple pie! 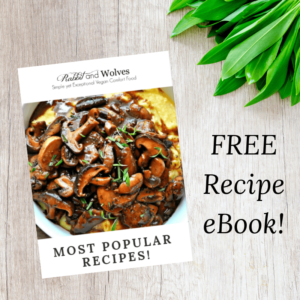 © Lauren Hartmann and Rabbit and Wolves, 2020. Unauthorized use and/or duplication of this material without express and written permission from this site’s author and/or owner is strictly prohibited. Excerpts and links may be used, provided that full and clear credit is given to Lauren Hartmann and Rabbit and Wolves with appropriate and specific direction to the original content.